The 15-acre AppHarvest Berea farm is believed to be the world’s largest high-tech indoor facility for autonomously harvested leafy greens with a cutting-edge touchless growing system. The farm grows a variety of washed-and-ready-to-eat leafy greens for the “Queen of Greens®” brand. 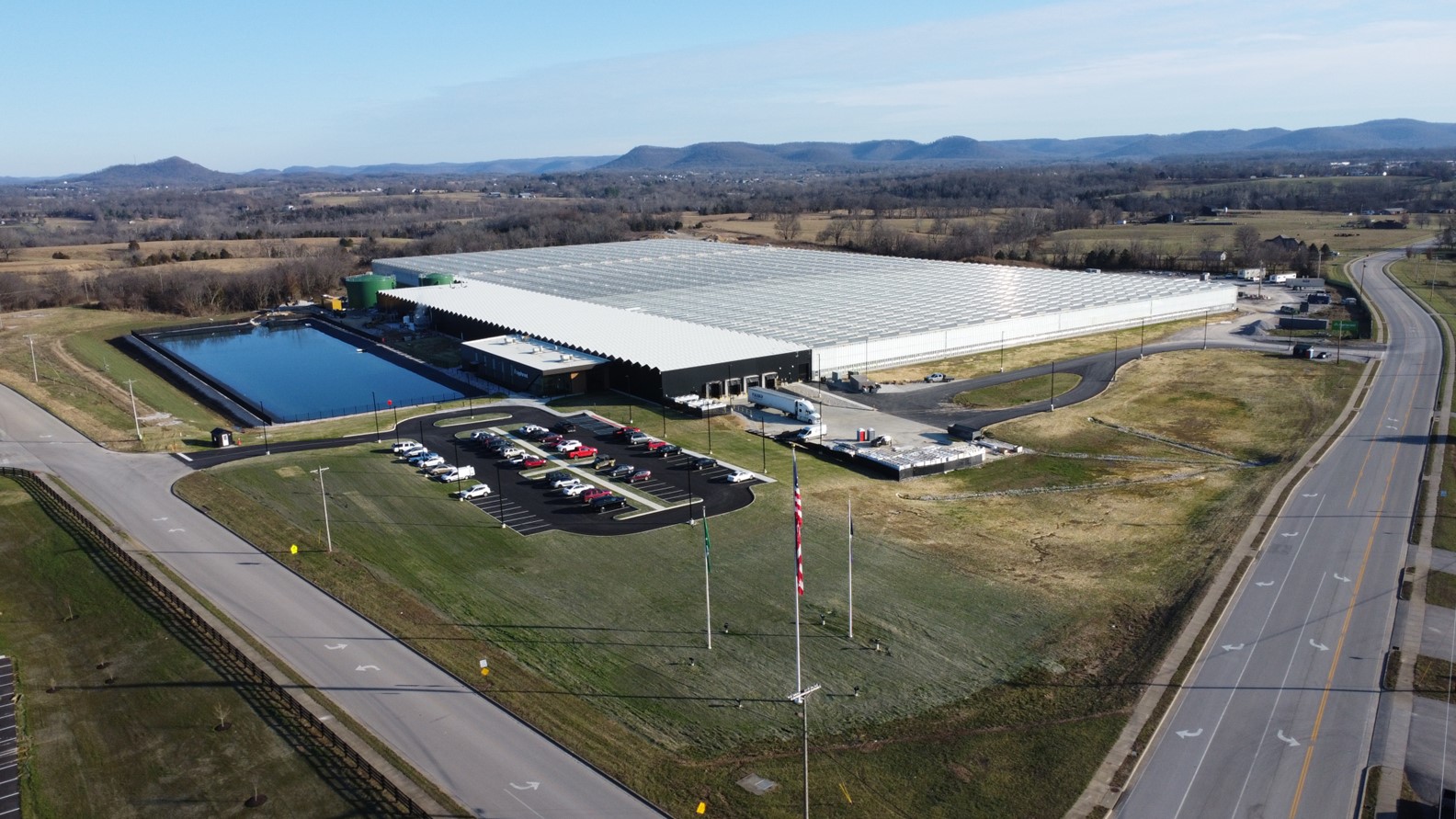 Aerial view of the 15-acre AppHarvest Berea, Ky., high-tech indoor leafy greens farm. AppHarvest has quadrupled the number of farms operating in its network in 2022, in what the company believes to be the largest simultaneous build out of controlled environment agriculture infrastructure in U.S. history. 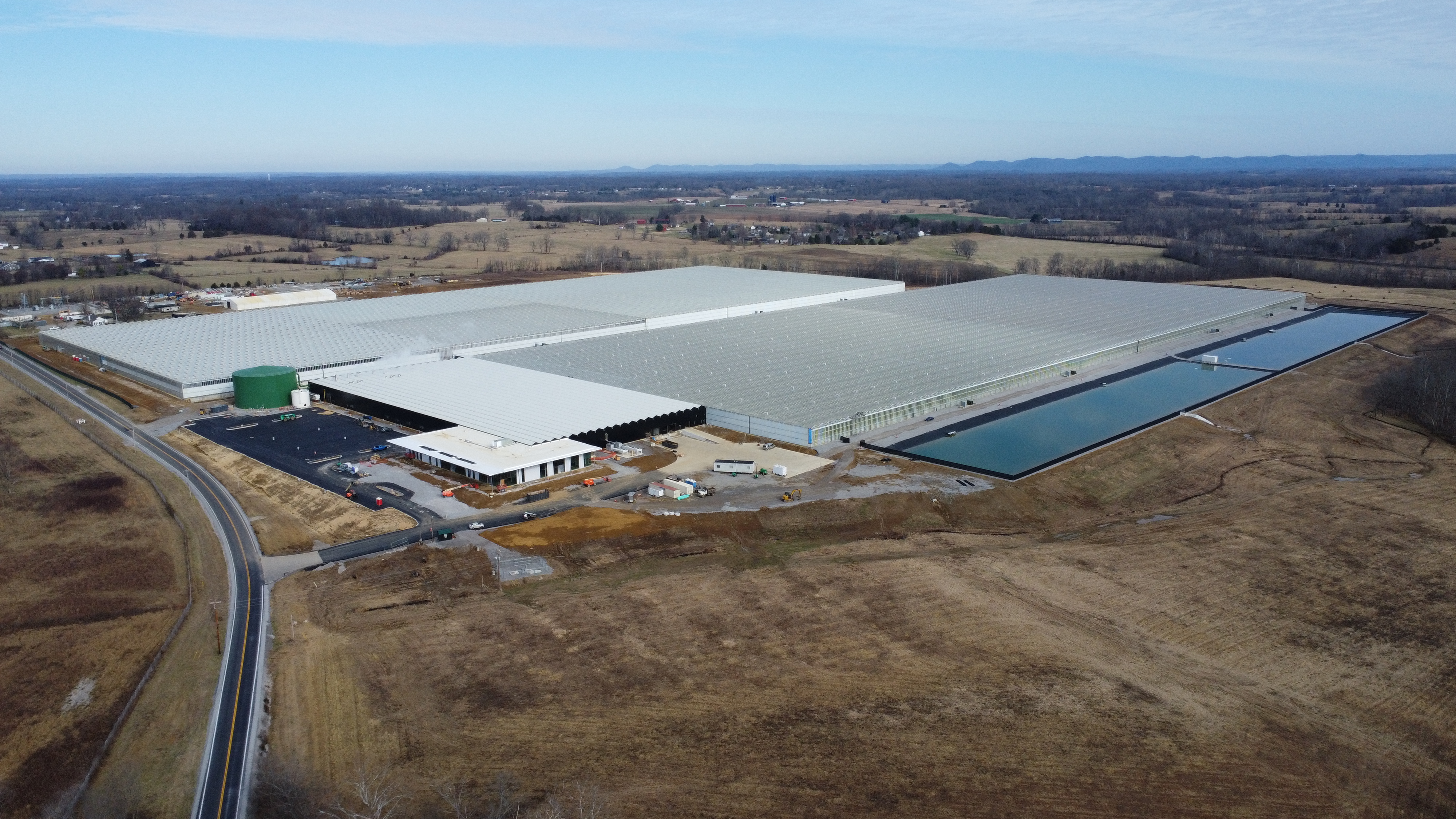 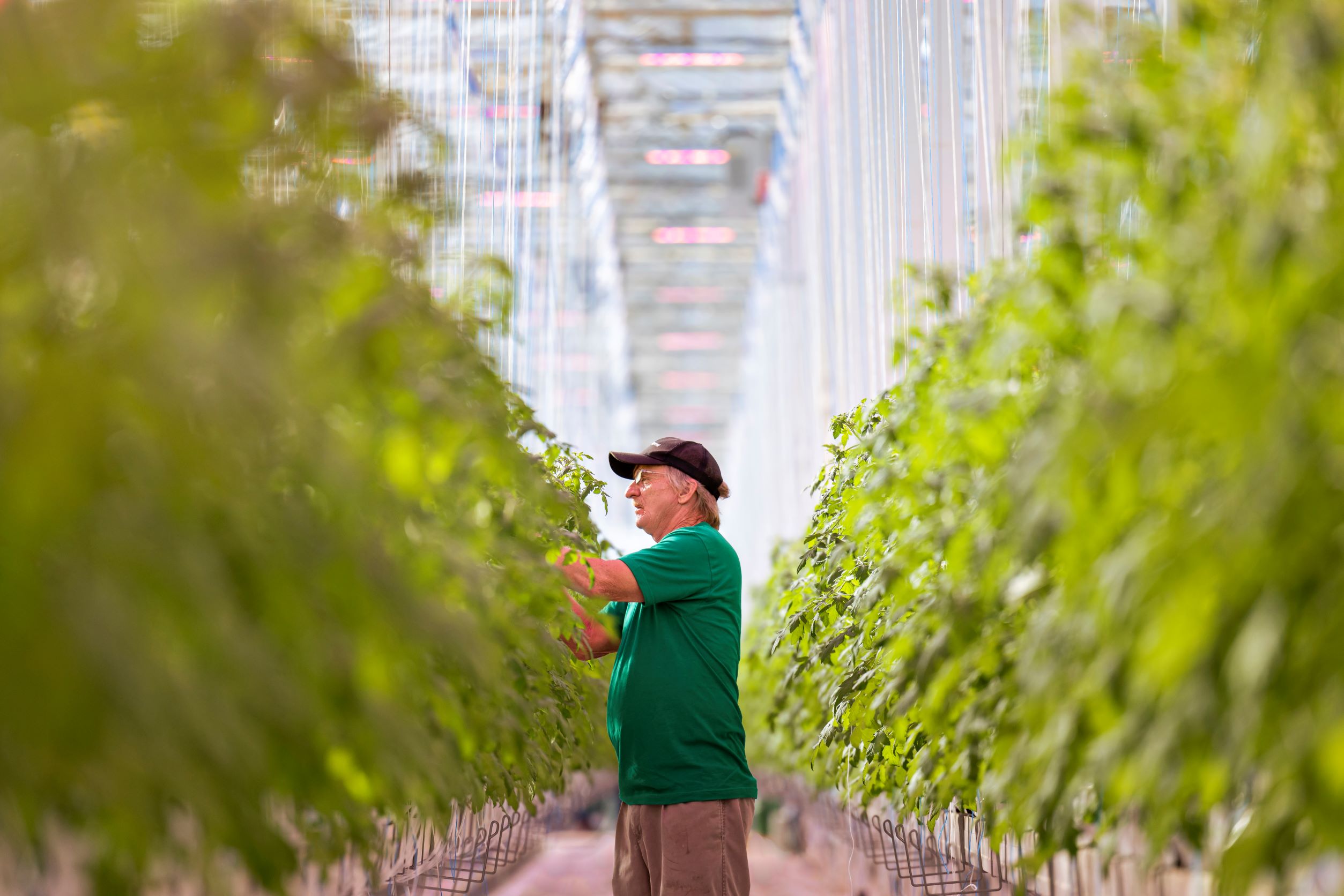 AppHarvest has entered an agreement with Mastronardi Berea LLC, a joint venture between Mastronardi Produce and COFRA Holding, for the sale-leaseback of its Berea high-tech indoor farm for leafy greens for approximately $127 million with an initial lease rate of 7.5% over 10 years, with four renewal terms of five years each. Mastronardi Produce is AppHarvest’s exclusive marketing and distribution partner, which has sold AppHarvest’s produce including tomatoes, leafy greens and strawberries into some of the top national grocery store chains, restaurants and foodservice outlets. Some of the proceeds of the sale-leaseback will be used to repay the previously announced $30 million bridge loan from Mastronardi Produce to AppHarvest and the first two years of prepaid rent at the Berea facility. Additional details on the sale-leaseback are available on the associated Form 8-K filed with the SEC.

“The AppHarvest team has worked relentlessly this year to get the four-farm network operational, and those efforts have paid off with the quadrupling of farms in our network and diversifying our crop set,” said AppHarvest Founder & CEO Jonathan Webb. “The team is now focused on operations to ramp up production and revenue from the four high-tech farms.”

AppHarvest also announced that its Richmond, Ky., farm is officially open and has begun growing Campari brand tomatoes. The first harvest at Richmond is anticipated in early January, which will mean that for the first time AppHarvest is expected to have commercial shipments coming from each facility in its four-farm network. Half of the Richmond farm currently is planted, and the other half is expected to be planted in 2023.

In what the company believes is the largest simultaneous build out of controlled environment agriculture infrastructure in U.S. history, the company has quadrupled the number of farms operating in its network in 2022. Already this year, the company has opened two other high-tech indoor farms—a 30-acre farm in Somerset, Ky., for strawberries and cucumbers and a 15-acre farm in Berea, Ky., for leafy greens. AppHarvest is shipping strawberries under the “WOW® Berries” brand and washed-and-ready-to-eat leafy greens under the “Queen of Greens®” brand. In its third growing season, the AppHarvest Morehead farm has further diversified its crop adding snacking tomatoes sold under the Sunset brand as “Flavor Bombs®” and “Sugar Bombs®.” Morehead began its harvesting this season ahead of schedule.

According to USDA reports, the value of U.S. fruit and vegetable imports rose to a record level in 2021 and has been projected to keep increasing in 2022. Changing weather patterns—ranging from mega-drought in the Southwest of the U.S. to more frequent flooding to catastrophic wind events—are making it harder than ever for open-field farmers to predict the duration of their growing seasons and to have conditions that result in a quality harvest. Major food retailers have demonstrated increasing interest in high-tech indoor farms for their ability to de-risk fruit and vegetable production with a more climate-resilient, more sustainable year-round growing solution that uses far fewer resources. Europe, a pioneer in the industry, is estimated to have nearly 520,000 acres of CEA production compared to an estimated 6,000 acres in the United States.

About AppHarvest
AppHarvest is a sustainable food company in Appalachia developing and operating some of the world’s largest high-tech indoor farms with robotics and artificial intelligence to build a reliable, climate-resilient food system. AppHarvest’s farms are designed to grow produce using sunshine, rainwater and up to 90% less water than open-field growing, all while producing yields up to 30 times that of traditional agriculture and preventing pollution from agricultural runoff. AppHarvest currently operates its 60-acre flagship farm in Morehead, Ky., producing tomatoes, a 15-acre indoor farm for salad greens in Berea, Ky., a 30-acre farm for strawberries and cucumbers in Somerset, Ky., and a 60-acre farm in Richmond, Ky., for tomatoes. The four-farm network consists of 165 acres under glass. For more information, visit https://www.appharvest.com/.

About Mastronardi Produce Ltd.®
A pioneer and industry leader in the gourmet greenhouse industry, Mastronardi Produce grows and markets nationally recognized products under the SUNSET® brand, including Campari®, Flavor Bombs®, and Angel Sweet® tomatoes. Mastronardi Produce has been family-owned for over 70 years and prides itself on producing consistently flavorful gourmet tomatoes, peppers, cucumbers, berries, and leafy greens.

About COFRA Holding
COFRA Holding AG is a privately held group of companies active in various business sectors, including apparel retail (C&A), sustainable food (Dalsem and Ontario Plants Propagation), renewable energy (Sunrock), real estate investment (Redevco), private equity (Bregal) and asset management (Anthos Fund & Asset Management). Headquartered in Switzerland, the group employs more than 60,000 people across its business operations in Europe, the Americas and Asia. Each business operates independently in a spirit of engaged entrepreneurship while striving to be a “force for good” in the world – a guiding principle that has characterized the Brenninkmeijer family owners’ activities for six generations, since the founding of C&A in 1841. For more information, see www.cofraholding.com

Photos accompanying this announcement are available at
https://www.globenewswire.com/NewsRoom/AttachmentNg/d2605693-9fbc-40a8-81bb-aa6b911eaddc